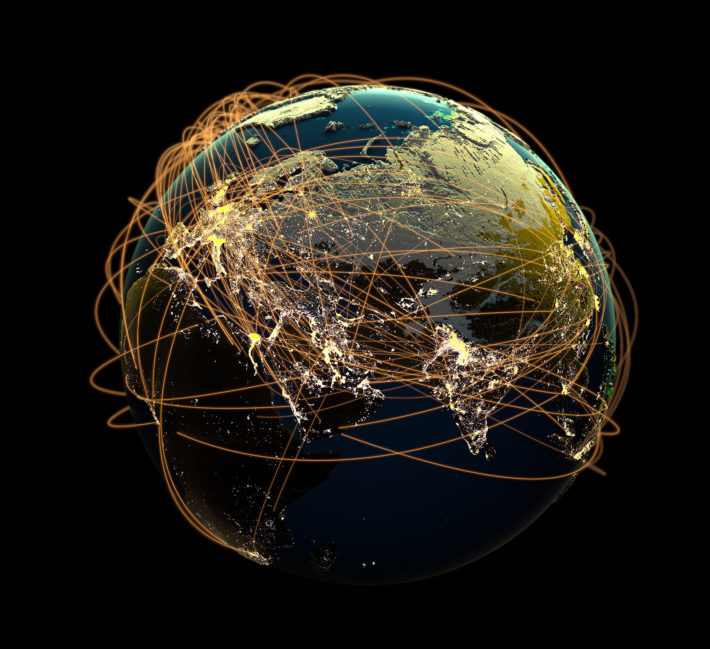 Depending on who you speak with, the idea of free trade is highly controversial. Some believe that the practice increases inequality and affords corporations too much leverage and power over the economy, while others feel that free trade brings opportunity and development to poorer countries, making everyone richer. The general premise of free trade is that there should be few limitations and restrictions on trade between countries. While it sounds easy enough, the existence of free trade is actually a complex structure of quotas, tax impositions, and product restrictions. When people advocate for the idea of free trade, they are actually speaking to even greater removal of some of the established restrictions. As a general observation, there are some countries better at producing certain goods than others, and rather than countries laboring to produce the entire line of products required for their citizens, it is easier to focus on doing one thing well and sourcing the remaining items from another country. This makes for less wasted resources and time, while still providing enough goods to meet with local or global demand.

The restrictions on free trade are sometimes considered free trade agreements, as these are the treaties used by countries to regulate the duties, taxes, and tariffs for all imports and exports. The North American Free Trade Agreement (NAFTA) is one of the more well-know treaties long-held by the United States. The perspective on these agreements has both positive and negative arguments when considering the effects on living standards, business growth, and job creations. Because these trade agreements are supposed to increase trading opportunities between countries, there are several advantages to an increase in international trade.

Companies who pursue trade opportunities often see an increase in their country’s economic growth. The estimate for the U.S. is about .5% growth each year as a direct result of NAFTA. The increase in market openings improves the business climate, as there is greater potential for sales and growth. Businesses cannot afford to remain stagnant and creating a monopoly in the local industry, as the global market drives more competitive pricing and provides more competition. In addition, there are many governments across the globe that will subsidize local industry opportunism, but with trade agreements that remove subsidies, government spending is lowered. Smaller companies don’t need to rely as heavily on government assistance, as trade agreements often bring investors to a country and new capital into their local industries. For the U.S., their presence across the globe also brings the U.S. dollar to more isolated economies and improves their financial position. Financial institutions across the globe benefit from improved economies, especially those like the Guyana Bank for Trade and Industry Limited, which has become an industry leader for its consumer-centric banking and digitized trading applications and accessibility.

Local companies experience growth when allowed to compete on the global market, enabling access to the latest in technology and training from their multinational partners. Local economy growth also drives up employment, with investor companies often providing the training to the local labor pool. In turn, global companies often have more expertise in their areas of operations especially with industries like oil drilling, mining, and manufacturing. The local company provides access to the resources while the multinational partner or investor brings training on best practices and lean operations. This can keep prices down for the overall market value, but still provide the best in quality materials.

Even though these areas seem highly beneficial to a countries economic health, ultimately benefiting the citizens, there are many who feel that the cons outweigh the pros with free trade. There are three key disadvantages.

Without free trade, the global economy would look much different, ultimately shaping the economy of countries across the world. Trade agreements can benefit local companies and national citizens when the governing bodies are aware of threats, loopholes, and inequalities in the arrangements or financial return.